When The Australian newspaper examined data looking at international money movements they contact us to understand the data. An astonishing 11,444% increase in money moving from Australia to Estonia is certainly headline grabbing, but is it suspicious?  Looking at macro data, such as this, does not tell the whole story, so it’s important to dig deeper.  One of the functions of financial intelligence is to provide the questions which require further investigation.  There is a clear difference between unusual transaction behaviour and suspicious behaviour.  The article can be viewed at the below link.

We were proud to sponsor the Financial Crimes Summit held in Sydney at the end of July.  It was a great collection of industry and government representatives sharing information, concerns and solutions. With such an enormous body of information over the 2 days, we have taken the time to cut it down to some of the key takeaway messages which should provide you with some insight.  Please feel free to contact us at AML Solutions International for further information.

“Australia has not implemented a targeted approach nor has it exercised oversight in dealing with non-profit organisations (NPOs) that are at risk from the threat of terrorist abuse. Authorities have not undertaken a review of the NPO sector to identify the features and types of NPOs that are particularly at risk of being misused for TF.”

This is the finding from the international delegation who recently conducted an assessment of Australia’s efforts in relation to Anti Money Laundering & Counter Terrorism Financing (AML/CTF).

Other findings highlight a massive hole in the oversight of non-financial businesses and professions such as lawyers, accountants and real estate agents. These key sectors are not subject to AML/CTF requirements even though they have been identified to be of high ML risk in Australia’s National Threat Assessment (2011).

There are 14 findings in the report, many highlighting good work and others indicating further improvements to be addressed.

What the above to key findings indicate is that we know that charities and non-profit organisations can be used as vehicles for moving money for terrorist purposes, however there are no controls in place. So we don’t know who is interacting with these organisations in order to determine the true extent of the risk.

Also the lack of obligations and oversight of lawyers and accountants, as gate keepers of significant financial information, means that organised crime can conduct money laundering business without any concerns through these channels. We also know that organised crime figures like to spend their money on expensive houses and cars, and yet these areas are not regulated. They have been on the drawing board since 2006 and still nothing has been done. Obviously there has been no political will to see this happen.

In 2011 the ACC estimated that at least $10 billion is laundered in Australia each year.

We are extremely pleased to see that the Financial Action Task Force’s (FATF) International Cooperation Review Group has removed Namibia from their watchlist.  While there will be work to continue in Namibia, and indeed every country, to reduce the risk of money laundering and terrorism financing, it’s great to see progress.  We at AML Solutions International can attest to the genuine commitment by all members of the Namibian FIC to continue to improve the AML/CTF capacity across all sectors of law enforcement and regulated entities.

“The FATF welcomes Namibia’s significant progress in improving its AML/CFT regime and notes that Namibia has established the legal and regulatory framework to meet its commitments in its action plan regarding the strategic deficiencies that the FATF had identified in June 2011. Namibia is therefore no longer subject to the FATF’s monitoring process under its on-going global AML/CFT compliance process.”

We are proud to have contributed, in some small way, to the progress of the AML/CTF capacity in that country.

Click here for a news article from The Namibian newspaper.

In January this year, CEO Gavin Durbin flew to Ethiopia to co-facilitate a workshop on behalf of the Global Centre on Cooperative Security.

The workshop was focused the processes and procedures for frozen asset management and seizure and its clear from the Global Centre’s website the workshop was a great success.

For many, HSBC has been the public face of AML compliance breaches since it’s massive $1.8 Billion fine a couple of years ago.  By no means has it been the last of the big banks nor the largest, with BNP Paribas facing a $10 Billion fine, handed down by Regulators but the HSBC story has had greater legs than the others.  These immense actions are no doubt sending off alarm bells through various sectors of the financial industry, far beyond just the banking sector.

With that in mind, Reporting Entities of all descriptions should be paying attention, and taking appropriate risk mitigation action.  The below article asks some key questions relating HSBC which could equally be posed to other enterprises.  It is simply a case of learning from the mistakes of others.

We were pleased to have worked with the Namibian Financial Intelligence Centre over the last few months of 2014 to deliver a series of workshops helping to improve the AML/CTF capacity of law enforcement and intelligence agencies throughout the country.  13 workshops in 12 cities and towns in every corner of Namibia, reaching approximately 500 members of 7 different agencies.  It was a resounding success with 99% of participants agreeing that it was of a high quality and provided valuable information.  Namibia is now well placed to see an increase in AML related prosecutions and a stronger report card in their upcoming Mutual Evaluation Report. 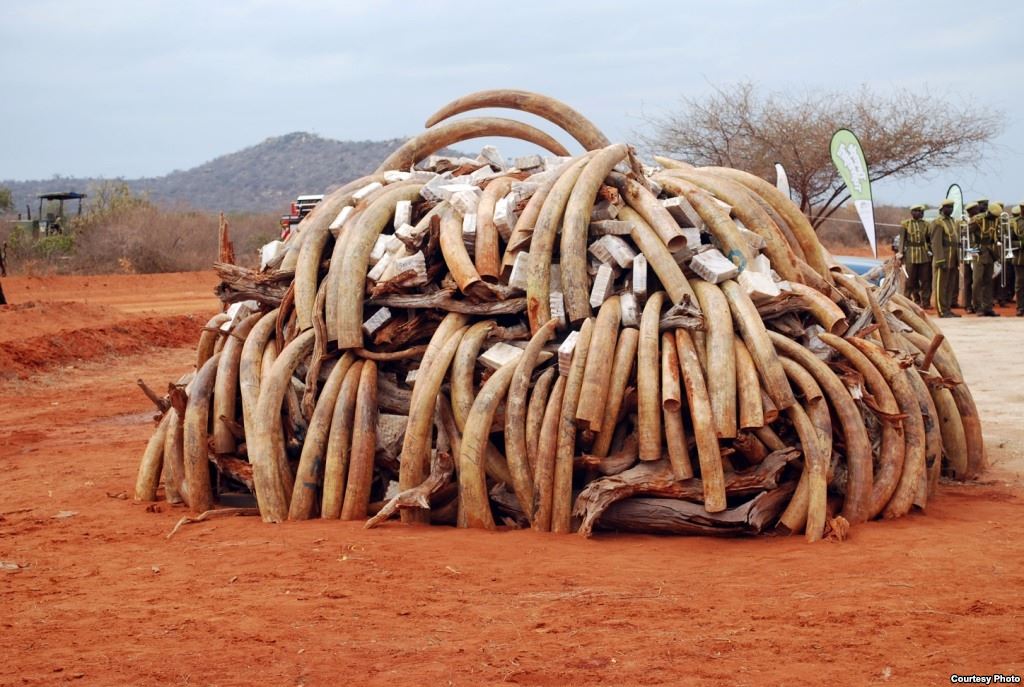 In light of the recent UNODC Anti Wildlife Poaching Workshop in Botswana, Director of AML Solutions International, Mr Todd Harland, was recently invited to discuss the extent of illegal wildlife poaching in Africa on Brisbane radio station River 94.9.  Thanks to the host of the Great Weekender program, Danny Hoyland OAM, for providing a forum to have this serious crime brought to the attention of the people of Australia.  We trust that our contribution helps move the issue further forward and we can put an end to these crimes by following the money trails and closing down the demand.

Due to time restrictions not all topics could be fully explored and it’s important to understand some of them.  The reason for the rhino horn trade is based on a long standing, and mistaken belief, that it is an aphrodisiac.  The reality is the horn is made of the same substance as our hair and fingernails, and therefor as an aphrodisiac it’s about as effective as chewing your nails.  Rhino horn is valued at approximately $65,000 per kilogram and has been transported into Asia in suitcases on regular passenger aircraft.

Research has also shown that in a recent survey, approximately 84% of Chinese felt that ivory was a great way to display ones wealth and most people would buy some if they could. In 2010 the rate of killing elephants, for their tusks, exceeded the birth rate and so the population is now in a steady decline.  Elephant tusk is valued at approximately $3000 per kilogram and is has been seized by authorities in large shipments within sea faring cargo containers.

These are deep seated beliefs in the Asian community and as such a determined education campaign must be used to change those views while the intelligence and law enforcement community track the money flows and prosecute the organised crime syndicates who trade in these commodities.

If this is an issue that is important to you, please consider how you can contribute and start by visiting the United for Wildlife website.  Also join the conversation on Twitter and Facebook #WhoseSideAreYouOn.

In an unusual case of what you see is not always what you get, the Australian Federal Police (AFP) want to seize more than $4.3 million from a Buddhist nun’s bank accounts because they suspect she is a member of an international money laundering syndicate.

Police are alleging the nun attempted to disguise the various cash deposits into Australian bank accounts by making them at a variety of branches throughout Victoria and New South Wales.  During the placement stage of the alleged money laundering, 78 cash deposits were structured to be under the $10,000 reporting threshold. Also it is alleged that telegraphic transfers and a money changer in Hong Kong were also used to make the deposits from off-shore.

The 78 deposits amounted to over $600,000 while the entire amount in the nuns bank accounts was approximately $4 million.

This article raises some pretty clear red flag indicators for reporting entities and intelligence agencies to track to conduct their inquiries as to whether or not the behaviour is suspicious. 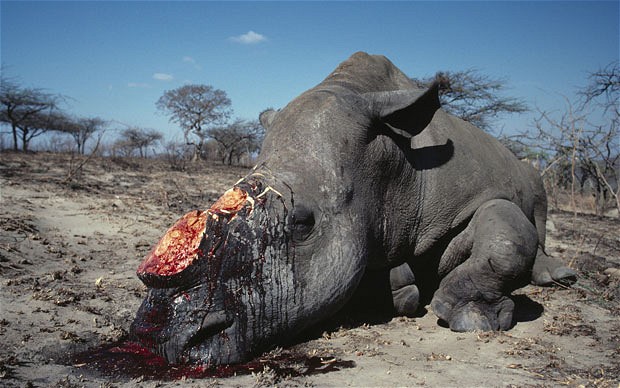 There is a growing ground swell of support for action to be taken with regards to the massive spike in illegal wildlife poaching and smuggling.  The US ABC News network has published an article demonstrating that the US is keen to be heavily involved.

The funds raised from all forms of wildlife poaching, particularly killing elephants and rhinoceros for their tusks and horns, is big business which raises significant funds.  These profits are now known to be used by terrorist organisations to pay for their operations.  The reason for any criminal syndicate to commit crimes is simply for profit and terrorist organisations are no different.  They require these funds for all sections of their operation from the very basic logistical needs of food, shelter and transport all the way to through the purchase of weapons and maintenance of training facilities.